Other than the standard electrocardiogram (ECG), what else can be used to accurately detect atrial fibrillation? According to a new pilot study in New York, a regular laptop camera paired with sophisticated software can do the trick.

Atrial fibrillation occurs when the lower and upper chambers of the heart do not beat in sync. It can lead to symptoms such as dizziness and palpitations, but, in most cases, no clear signs of the condition appear.

Recently though researchers have discovered that watching for and analyzing subtle shifts in the color of a person’s face, as recorded on video and which reflect changes in blood flow, can help detect irregular heartbeats.

Current ECG-based technologies are used “only for patients who had symptoms,” according to Jean-Phillipe Couderc of the University of Rochester Medical Centre in New York, who led the study.

Past research shows, however, that 30 percent of people with atrial fibrillation do not realize that they are suffering from it. The condition affects approximately 30 million people across the world, with 3.2 million in the United States alone.

To date, atrial fibrillation can only be diagnosed after a doctor physically checks on you. But the video-based system developed at Xerox Research Centre in Webster, New York, as used in the study, can measure the heart’s electrical activity and detect the condition all without skin contact.

The study involved 11 patients who have been diagnosed with atrial fibrillation and were scheduled for an ECG at the university hospital. Via a standard web camera, Couderc and his team captured a video of each patient’s face in 15-second increments while the ECG was being conducted.

Eighty percent of the time, the video scan was able to accurately detect the absence or presence of atrial fibrillation. The error rate was at 20 percent. This was close to the automated ECG results, in which wrong predictions were made 17 to 29 percent of the time.

About us and this blog

We are a telecardiology service provider offering online cardiology reporting services. This blog is a humble attempt to bring information about latest happenings in the cardiac imaging technology.

Learn more about us

We offer professional interpretation and reporting service of cardiac imaging and diagnostic modalities like ECG, Echocardiogram, Holter, TMT etc. Please provide details regarding your requirements so that we can send you a service proposal customized according to your needs.

More from our blog

The Speed of AI in Analyzing Heart Scans

According to a study conducted by researchers from UC San Francisco, advanced…
Continue reading 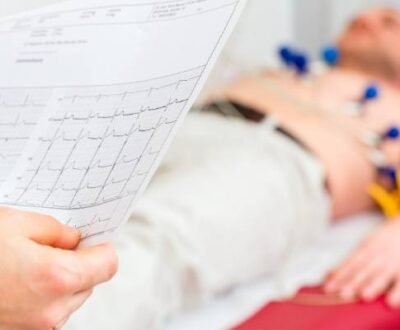 According to a new study researchers found that a simple 15 minute…
Continue reading
Prev. Post
All Posts
Next Post
No Comments